The old loom works again! I spent a few days rebuilding it and dressing it with a nice new warp. Then worked out how to get the ancient IBM computer running with giant floppy disks and MS Dos commands. Finally, I learnt how to input my own weave structures and got the computer talking to the loom mechanism. Each day, I challenged myself to a new step until finally it all started to come together. 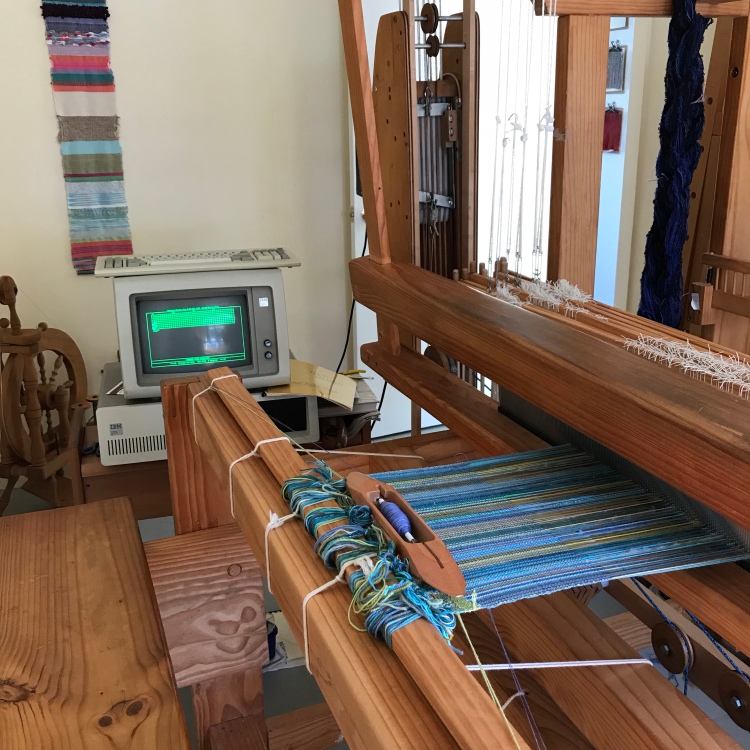 I even got to talk to two previous owners – who still live in the region. The loom frame itself was made in Auckland by Landlooms and was moved to Nelson in 1992 when it was converted to a computer assisted 8 shaft dobby loom by David Thorpe. It now sits quite happily filling up an entire room of the Railway Cottage At Founders Heritage Park.